Minnesota’s big craft beer golden age is currently underway, with dozens of independent brewers offering IPAs, Stouts, Pilsners and even ciders (with food trucks typically on site). The hip Northeast Arts District in Minneapolis has seen an explosion in the amount of breweries popping up in old warehouses and factories that dot the neighborhood landscape. Want to explore a bit of what the city has to offer? Be sure to try these four taprooms, all of which are within a mile radius. 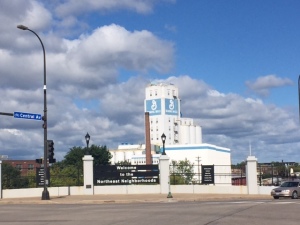 Start your taproom tour with Sociable Cider Werks, which is actually known more for hard apple cider, with the beer being a bit of a side note. Having a Road Rash Shandy is an easy-to-drink cider that will refresh your spirit and prepare for a lovely day. The taproom is a bit tricky to find as you cannot actually see it from the street – it’s actually behind an armored truck company, so follow the driveway despite the presence of rather large and scary vehicles. There are tours on Saturday at 12:30pm – admission is free but the brewery encourages participants to bring a canned food item to donate to a local food shelf. 1500 Fillmore Street NE Minneapolis, MN 55413 TH & F 4pm-11pm, Sat 12pm-11pm, Sun 12pm-9pm

A few blocks to the west (and across the railroad tracks) from Sociable Cider Werks, Indeed Brewing Company is oft-considered among the best of the best in terms of craft beer. Their flagship Day Tripper American Pale Ale is perfect anytime while their Derailed Series showcases special brews and seasonal ales all throughout the year. If you want a spot on the patio, get there early – Indeed’s outdoor area is not the largest. However, their new auxiliary taproom The Ox is right across the hall and is officially open for business. Free tours are available on Saturdays but reservations are strongly suggested. 711 15th Avenue NE Minneapolis, MN 55413 Wed & Thu 3pm-11pm, Fri & Sat 12pm-11pm, Sun 12pm-8pm

Finish the day at Bauhaus Brew Labs, right around the corner from 612. The humongous taproom and patio space will astonish you – and the free Mortal Combat arcade game will keep you amused for hours. The Stargazer German-Style Schwarzbier is known as being a “jet-black mystery,” due to the fact that it looks like a dark beer but is actually smooth and refreshing. Bauhaus has lots of fun events throughout the year, from vinyl night to yoga with tours of the facilities available on the first Saturday of the month. Enjoy the evening under the stars while playing corn-hole and enjoying a local food truck’s fare. 1315 Tyler Street NE Minneapolis, MN 55413 Wed & Thu 4pm-11pm, Friday 3pm-11pm, Sat 12pm-11pm

This site uses Akismet to reduce spam. Learn how your comment data is processed.